Cross-Sex Hormone Treatment for Young People Under 18: The Legal Restrictions 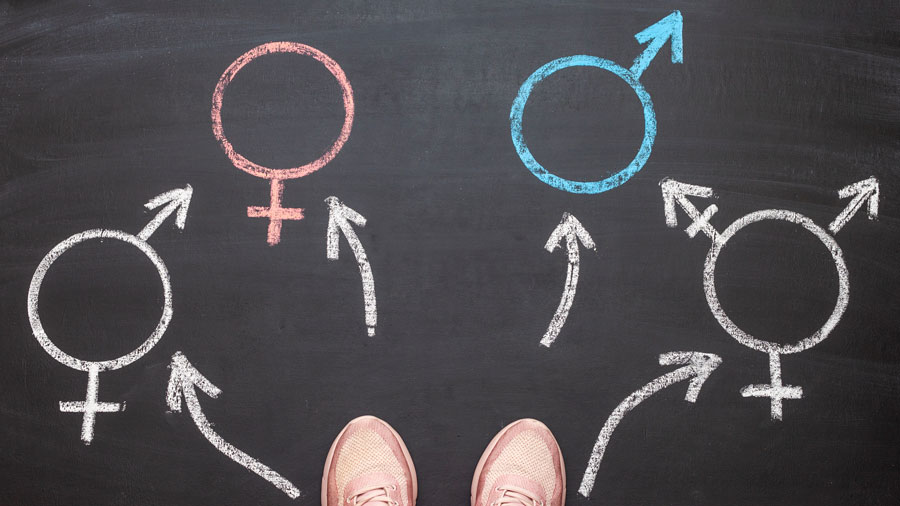 Prior to the 2017 decision of the Full Court of the Family Court in Re Kelvin,1court approval was required for the prescription of hormone treatment to masculinise or feminise a young person’s features consistent with his or her gender identity. Re Kelvin decided that court approval was not needed so long as there was no disagreement between the parents, or between parents and doctors. However, medical practitioners need to be aware that the Family Court did not lift all restrictions, and the provision of hormone treatment to adolescents is still subject to significant constraints.

This article seeks to explain those restrictions and why continuing caution is needed. It is argued that in no circumstances should a medical practitioner initiate gender-affirming treatment for adolescents under 18 without a proper diagnosis and multi-disciplinary assessment of gender dysphoria leading to the justification of the appropriateness of this treatment.

The decision in Re Kelvin

The reason why, for a long time, it was considered that court approval was needed, is that the High Court of Australia had held, in the context of sterilisation of intellectually disabled teenage girls, that such treatment required court approval unless it was for a therapeutic purpose – that is, the sterilisation is an incidental result of surgery performed to cure a disease or to correct a physical malfunction.2 Originally, this ruling was applied to the prescription of puberty blockers; but in Re Jamie (2013),3  the Full Court of the Family Court held that puberty blockers could be prescribed without court authorisation. Court approval was still required for cross-sex hormones, because of the grave risk of making the wrong decision. The Court accepted, however, that such hormone treatment could be therapeutic, since it was treating a psychological or psychiatric disorder.4

In Re Kelvin, the Full Court departed from its decision in Re Jamie in holding that court approval was not needed for cross-sex hormone treatment as long as parents and doctors were in agreement. However, the majority placed some caveats on this. Thackray, Strickland & Murphy JJ accepted that as a consequence of developments in the understanding of gender dysphoria,5

the risks involved and the consequences which arise out of the treatment being at least in some respects irreversible, can no longer be said to outweigh the therapeutic benefits of the treatment, and court authorisation is not required. This is so, of course, only where the diagnosis has been made by proper assessment and where the treatment to be administered is in accordance with the best practice guidelines described in the case stated.

The first caveat indicated by the majority is that there must be a diagnosis made by a proper assessment. The line of continuity with the decision in Re Jamie is that court approval is not needed if the treatment is a response to a psychological or psychiatric disorder. However, there must be a formal diagnosis of such a disorder for which the treatment is appropriate and proportionate, for otherwise the treatment will be non-therapeutic in its nature and unlawful without the consent of the Court.

What constitutes a ‘proper’ assessment beyond the DSM diagnostic criteria is obviously a matter for the medical profession to determine. The appropriate standard of assessment may change in the light of the continuing debates within the medical profession about diagnosis and treatment of those who identify as transgender. The National Association of Practising Psychiatrists recommends a comprehensive bio-psycho-social assessment be conducted before recommending specific treatment,6 because gender dysphoria in childhood and adolescence can often be a manifestation of “complex pre-existing family, social, psychological or psychiatric conditions”.7, 8

The second caveat is that “the treatment to be administered is in accordance with the best practice guidelines”.  This is a reference to the (then draft) Australian Standards of Care and Treatment Guidelines for Trans and Gender Diverse Children and Adolescents which were published the following year. While these guidelines have developed since being first drafted, they require a multidisciplinary approach, drawing upon specialists, including mental health professionals, in various roles.

Can a medical practitioner prescribe treatment where there is a dispute?

Further amplification of the legal requirements was provided by Watts J of the Family Court in Re Imogen (no 6) in 2020.9 The case concerned a parent, the mother, who was opposed to the provision of cross-sex hormone treatment to an adolescent. In an important judgment, Watts J held that if a parent or a medical practitioner of an adolescent under 18 years old disputes:

then an application to the court is mandatory. He said:10

It appears from the judgment also that if there is a dispute between the treating medical practitioners on any of these three issues, then the dispute needs to be referred to the court to determine the question. A similar view has been taken by the High Court in London in a recent case concerning puberty blockers. Lieven J said that where the decision is finely balanced, or there is disagreement between the medical practitioners, court approval should be sought.11

There may, in particular, be disagreement among treating practitioners about whether a young person is Gillick-competent. Three senior judges sitting in the High Court in London in Bell v Tavistock and Portman NHS Foundation Trust12 have expressed the view that it is most unlikely that a child under 16 could be competent to give an informed consent to puberty blockers (let alone cross-sex hormones). The decision is currently under appeal, but if upheld, then the implications of this important decision will in due course have to be considered in Australia.

It is important that the medical profession understands these constraints because incorrect advice on the legal requirements has been circulating within the profession. An example of this is a view which has made its way to Australia from the United States13 to the effect that no mental health diagnosis of gender dysphoria is required at all, and that general practitioners are sufficiently qualified to initiate puberty blockers or cross-sex hormone treatment. This view reflects a belief that medical practitioners should not be gatekeepers to gender-affirming medical interventions,14 and the only requirement is the patient’s informed consent to the treatment.

This model was explained in an article written by a medical practitioner in the Australian Journal of General Practice published in June 2020.15 The author provided advice on how to support trans and non-binary patients in general practice, arguing that gender-affirming hormones can be prescribed and monitored in a primary care setting in most cases, and without the need for a formal diagnosis by a mental health specialist of gender dysphoria. The author indicates that this is lawful in relation to children 16 years and over. Similar information contained on the TransHub website.16  It states:

Any GP is able to prescribe gender affirming hormonal therapy for most people aged 16 and above, without requiring approval from a mental health professional or endocrinologist.

With respect, such advice is legally incorrect on three counts. First, for the reasons given, a formal diagnosis of gender dysphoria is required before prescribing to any child under 18. Secondly, as the majority judgment indicated in Re Kelvin, what the Family Court has now authorised is treatment in accordance with established guidelines. Invariably, these guidelines require the involvement of a multi-disciplinary team. Thirdly, treatment of those under 18 cannot occur if either parent disagrees with the assessment of the child’s competence to consent, the diagnosis of gender dysphoria or the treatment plan. If the treating doctors disagree, the case also needs to be referred to the court.

Failure to comply with these requirements means the treatment is unlawful, and the medical practitioner is exposed to significant legal risk.

There remain significant legal constraints on the provision of cross-sex hormones to adolescents to masculinise or feminise their bodies, because of the effect that such treatment may have on future fertility. This takes it into a special category of case where court approval will, in some instances, be required and conditions are placed upon the provision of treatment without the need for court approval.

Managing Gender Dysphoria/Incongruence in Young People: A Guide for Health Practitioners
The Australian Mental Health Crisis: A system failure in need of treatment