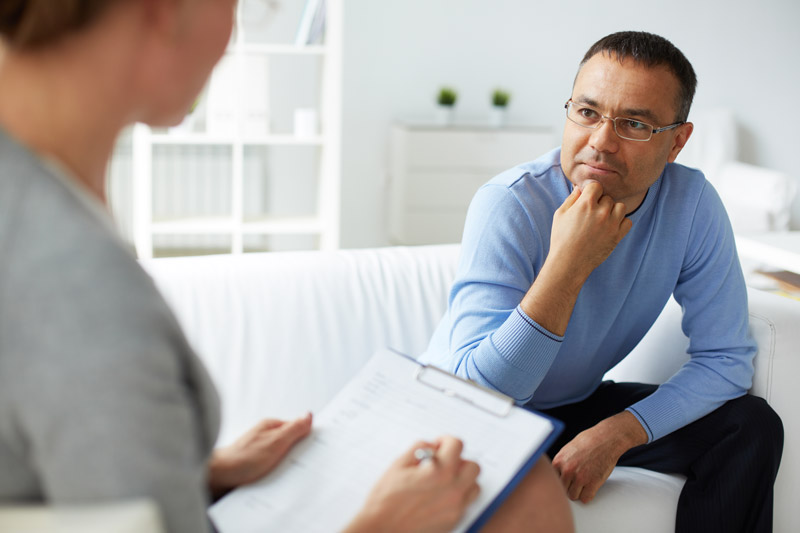 Health experts say a cornerstone of Australia’s mental health system, which costs more than $800 million a year, is “inequitable”, under-scrutinised and in need of urgent reform.

The Better Access scheme, which was introduced in 2006, allows Australians living with mental illness to receive up to 10 government-subsidised sessions with a psychologist each year.

Yet while access to Medicare-funded psychology services has increased significantly in recent years, research shows levels of psychological distress in the community have not changed, and rates of suicide are on the rise.

Dr Sebastian Rosenberg from the Australian National University’s Centre for Mental Health Research said it was “colossal investment” by the Federal Government to fund a program that operated with “little to no accountability”.

The program has been formally evaluated just once in its 13-year history.

“[Better Access] represents Australia’s willingness over the past two decades to ‘fix’ mental health by prioritising increased access over systems that promote enhanced quality,” Dr Rosenberg and his colleague Professor Ian Hickie wrote in the Medical Journal of Australia.

“We urgently need new funding in mental health care … but putting our money into old systems of care would be a waste,” Dr Rosenberg told ABC News.

Instead, the researchers said the Better Access scheme should be redeveloped to address the needs of people with complex mental illness who are falling through the cracks.

Dr Rosenberg said although the program had been generous, it was designed mostly to help people with mild to moderate mental disorders — and didn’t cater for those with more complex problems.

A federal health department spokesperson told the ABC that independent evaluation in 2011 found Better Access had improved access to and outcomes for people with moderate to severe mental disorders.

But Dr Rosenberg said his research showed many people were using the program repeatedly, suggesting they had problems too complex to be managed by a single professional in six or 10 sessions of care.

The research is consistent with reports that some people with mental illness use up their 10 partly subsidised psychology sessions within a period of months, before stopping therapy altogether — only to return the following year needing further treatment.

For many Australians living with complex or severe mental illness, there were few other options, Dr Rosenberg said.

“Mental health services that exist between the GP and the front door of the public hospital are basically non-existent.”

He said cuts made to community mental health budgets, triggered by Australia’s transition to the National Disability Insurance Scheme (NDIS), have also left significant gaps in services for individuals who are not eligible for the NDIS.

It’s estimated there are 600,000 Australians living with severe and persistent mental illness, of which 290,000 require support periodically.

When fully established, the NDIS is expected to meet the social support needs of around 64,000 people with psychosocial disability.

The health department spokesperson said there were “many other mental health supports” available through Australia’s 31 Primary Health Networks, which Health Minister Greg Hunt recently announced would receive $1.45 billion of renewed funding over the next three years.

According to the researchers, access to subsidised care through the Better Access scheme was also inequitable in its current format, especially for those in rural and regional areas.

“This system suits health professionals well. They are able to operate under Medicare, and they generally like operating in areas where their customers can pay out out-of-pocket costs,” Dr Rosenberg said.

In 2016-17, the average out-of-pocket cost per session with a registered psychologist was $27, and $32 with a clinical psychologist.

“For people with more complex conditions, it’s likely they may have more difficulty finding the money to pay for repeat out-of-pocket fees,” Dr Rosenberg said.

“If we want to try to address the needs of these people, we may well need to look beyond fee-for-service arrangements.”

One of the proposed changes was to grant more than 10 sessions for people with moderate to severe mental illness.

Instead, they argued Australia should move away from a single-practitioner model of mental healthcare and toward a multidisciplinary, team-based approach that includes social workers, mental health nurses, peer support workers, and employment/housing officers.

“Unless we’re addressing those things, we’re unlikely to achieve the outcomes we want.”

Dr Rosenberg said he did not advocate for the end of the Better Access program altogether, only its improvement.

“We’re just harking back to recommendations made by the National Mental Health Commission in 2014, which were to develop the program so that it offered a range of choices and ways of accessing care, rather than just the single health professional, fee-for-service arrangement,” he said.

As well as improving the depth and access of psychological care, Dr Rosenberg said it was critical Australia started to build “a proper system of accountability” for Medicare-funded mental health care.

Stephen Duckett, the health program director at the Grattan Institute, agreed and said it was time Australia stepped back to assess the effectiveness of its mental health interventions.

“Given the significant increases that have occurred in funding over the last few years … it’s absolutely the right time to step back and say, ‘is this really the right way to provide support for people in need?'” Dr Duckett said.

“We haven’t systematically gone back and looked at where the money is being spent, at who is getting it and who is missing out.

“Until we do that … we’re almost certainly making the wrong investments.”

Too sick for a GP, but not 'sick enough for hospital'
Medical Student Suicide Death